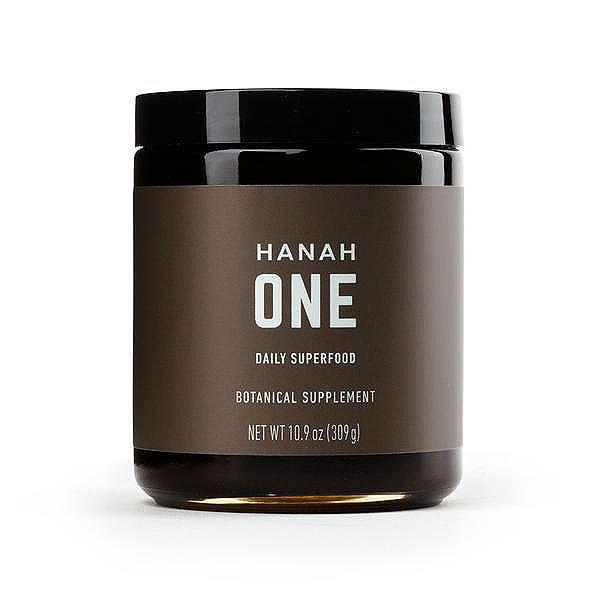 Another one of my secret weapons is HANAH ONE. I hope you read below, but if you don’t, let me just say this: get it, it’ll change your life now and possibly much further down the road.

HANAH ONE, or just ONE, is an Ayurvedic superfood made from honey, ghee, sesame oil, and nearly 30 botanicals, including amalaki and ashwagandha, which is an adaptogen.

I came across this mixture a few years ago while helping a friend start HANAH. I read up on the Ayurvedic literature, spent months in India with the Ayurvedic doctor there and use it myself.  The results are pretty amazing. Now that I no longer represent the company, I can share my personal experiences with the product.

ONE is a sustained, long-term wellness tool. Its benefits are more subtle, though no less important. When I’m taking Hanah regularly, I feel generally more healthy and vibrant. I feel like my immune system’s stronger. I feel more articulate, have better word selection. And my libido is remarkably higher, which is not an insignificant benefit.  I had a lady friend the other day express to me that she had to stop taking it because she was too aroused. So I highly recommend both partners in a relationship take it at the same time!

Poop, we all do it. However, when I’m taking ONE I notice that I am regular and consistent. This is exciting for me because it’s about the only place in my life where I have a solid routine.

Of course, as a scientist, it’s hard to prove some of the other benefits, especially the long term ones. Many of the benefits are hard to measure, according to Western medical study practices, and there’s probably not enough money to warrant studying it anyway, as it’s unlikely those studies will ever result in a prescription drug. This is the way Western medicine thinks, a single drug. Whereas, in Ayurvedic medicine it’s about how everything works together, from the different herbs and botanicals to meditation and yoga.

Some might say one is more scientific, but as a research scientist, I tend to disagree. It’s just a different type of science. In Western Science we tend to want to break things down to their individual components and understand how they work. This drug does this. This gene expresses this. Then we try to build up from there. This subatomic particle hits this particle and does this. Unfortunately as we add more interactions it becomes exponentially more difficult to determine what will happen.

Ayurveda has been around for over 5,000 years. Part of Ayurveda involves complex mixtures of different ingredients that each have all sorts of active ingredients–to borrow a Western term. HANAH ONE for instance has 30+ ingredients that are interacting. The Ayurveda approach has been to create a mixture, test it, see what the results are and then run another experiment. It’s actually quite scientific, just takes a lot of time. Well, they’ve had 5,000 years, which allows me to believe that they’ve learned a thing or two from their experiments.

So you’ll rarely see anyone officially talking about the benefits of the ingredients in ONE. But if you start to do the research, you’ll notice lots of potential benefits like cancer prevention or long-term cardiovascular health. In fact, I talked to an Ayurvedic doctor who said the increase in my libido was because ONE was helping my circulatory system in general, and when there’s increased blood flow in the body, there’s increased blood flow, ahem, everywhere.

So I take ONE for its short-term benefits, but also as part of my long-term health regime. And actually, one of my favorite parts of it is the ghee. I recommend getting some ghee on its own too. Which HANAH is now selling as well, but I’ll need another post to explain why this ghee is unlike any other ghee on the planet. Sometimes, in the morning, instead of a cappuccino or regular coffee, I’ll mix coconut oil and ghee into my coffee. (It’s a little like Bulletproof coffee, but with ghee instead of butter, and without the proprietary products.) After that, I always notice that I’m operating at a significantly higher level for the next four or five hours. Drink that, and take some HANAH ONE, and that’s a pretty solid thing to be doing for your body every morning.

While we’re on the topic, in addition to HANAH ONE and Nootroo, there are other supplements I take to keep my body and brain healthy and in balance: