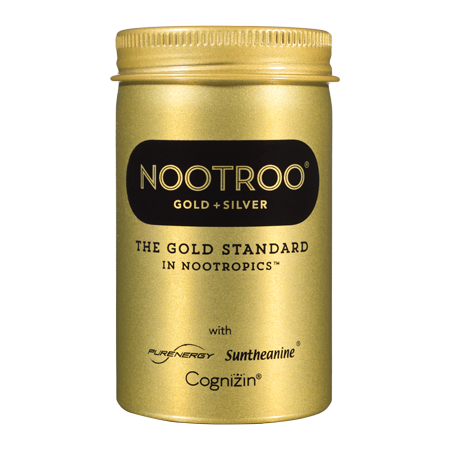 Nootroo has taken my game up a level. Read about it below and I even got you a 20% discount code–Thanks Eric! Just go to www.nootroo.com, select what you want, and at check out enter the code: “Iknowdoc”

I have always been someone who pushes limits: of science and engineering, yes, but also of my body and my brain. I work hard, I play hard, and, especially in the last few years, I travel hard. So I’m always looking for ways to perform better, and ways to take care of myself so I can also perform longer (as in, for the rest of my life).

Along the way, I’ve discovered several little life hacks you can read about in other posts, like vitamin supplements and HANAH ONE, or my yoga mat and blue balls. But one of my favorites is Nootroo.

I love these things. If I really need to hit the “go” button on my brain, these do the trick.

Nootro is one of a class of nootropics, a class of supplements said to enhance mental abilities, focus, and concentration, while also having positive long-term effects on the brain. For the past few years, nootropics have been a big topic among techies and high performers in Silicon Valley, and among fans of high-visibility bio-hackers like Tim Ferriss (of The 4-Hour Workweek fame) and Dave Asprey (inventor of Bulletproof coffee).

There are lots of different kinds of nootropics, but I’d heard good things about Nootroo, created by Eric Matzner. So I decided to try them first.

But my real test of Nootroo came while doing some of the hardest work I do: shooting Outrageous Acts of Science.

The show features a panel of scientific experts – biologists, chemists, astrophysicists, and engineers (like me) – looking at crazy YouTube videos and explaining the science behind them. It’s been the Science Channel’s top show for eight seasons, and I’ve been there since the beginning.

To film the show, I fly in to Burbank, and then sit in front of a green screen all day, sometimes for more than 10 hours. And what I have to do is explain complicated science in simple terms that anyone could understand. Without jargon and scientific formulas. And succinctly. Without a single hiccup. While sounding intelligent, and also somehow being charming funny.

I love it. But it’s hard. It’s hard to explain what’s going on, and it’s hard to do it with no stumbles or glitches, and with a lot of excitement and enthusiasm, but not too much enthusiasm.

And I have to do that for maybe half a dozen concepts per video, for 20 videos. And then film reactions to another 20 videos. All in one day.

And I’m really good at it. It’s like I’m a professional athlete at this particular thing. And when I go in, I’m going for my pro-athlete peak performance – the right combination of mental ability, articulation, and personality. And so what a great opportunity to test a peak performance enhancer: Nootroo.

The time before last, I took a Nootroo in the morning, before I shot, and another at lunch, and all day I was just on. Super focused, articulate, charismatic. And it was a lot easier than it normally is. I didn’t fully notice how much better it was until the next time, when I forgot to bring Nootroo with me, and the whole day just kind of sucked. It was just hard.

Even the producer noticed. About the time I had the Nootroo, he told someone else, “Wow, Mike is really on. He’s just nailing it. He’s doing incredible.” And then jokingly, “What was he on?” But the reality was, yeah, I actually was on something: my magic brain pills.

And so, as an experiment, the next time I went in for a shoot, I took them again. They’d given me a lot to do, and normally we would have been there really late, and I just crushed it. Once again, I was focused. I wasn’t mucking about, wasn’t too distracted, was in a good mood and jovial. The next time we filmed, they gave me even more, which means I’ll get more screen time–and we got done early!

I really did reach peak performance. As a pro athlete of this kind, it’s a substantial gain. My proof is in the pudding.

Eric says it’s good to take Nootroos everyday because there are long-term, cumulative effects of taking them over time. I take them regularly and then also strategically, doubling up on big days, or long nights out.

I take them when I really want to be on, focused, and fully engaged in what I’m doing, whether that’s work, meetings, or conversations.

And I do recommend them, but I don’t think Nootroo, or nootropics in general, will work for everyone.

I’ve given Nootroos to many people, and there’s a range of responses.

I find they don’t work great for people who don’t drink caffeine. The load is going to be too much. You’re just going to feel really caffeinated and jittery. Nootroo seems to work better for people who already drink coffee. At the other end of the spectrum is people who take crap care of themselves. If they’re drinking 10 cups of coffee a day and still don’t feel awake, they might not notice the benefits of Nootroo. They’re not tuned enough as a machine.

I think I’m kind of the sweet spot. I definitely love my cappuccinos, and I definitely push myself to the limits, with all my travel and sleep deprivation and staying out late.

But I’m also pretty well-tuned. I do yoga every morning. I’m very aware of myself. I have a supplement regimen. I eat pretty healthy, all things considered. So I’m not too sensitive to handle the load, but I’m also aware enough to really appreciate the benefits.

So I’d say Nootroo is best for people who are already pretty well-tuned, but are looking for higher octane options to get to peak performance.

While we’re on the topic, in addition to Nootroo, there are other supplements I take to keep my body and brain healthy and in balance: